Lincolnshire Independent Councillor Robert Oates was elected by his fellow councillors to be the Mayor of Sleaford for 2021/22. His wife Ann will be his Consort. In his year of office, Robert aims to progress the first ever Neighbourhood Plan for Sleaford which will guide the long-term development of the town and aims to bring in more central government funding. Robert also hopes to announce a Mayor’s charity once the Covid-19 restrictions are ended. 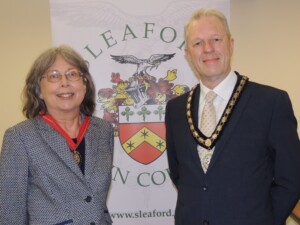