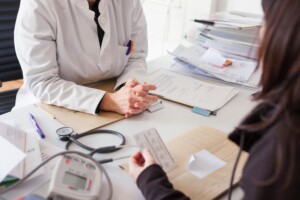 The Independent Group of Councillors on Lincolnshire County Council has condemned NHS England’s plans to centralise patient GP records and share them with third parties without first making the public sufficiently aware both of the plans and of their right to opt out of having their GP data shared. Patients only have until 23rd June to opt out.
Cllr Marianne Overton, Leader of the Lincolnshire Independents is deeply concerned. “There is too much centralisation of power already in this country with who knows how much data being held on citizens like you and me. For the NHS to collect personal information and sell it on, without personal permission, is a very worrying direction for this Government.”
Councillor Richard Cleaver, group lead on Health, said “Most people believe that, thanks to GDPR, their personal data cannot be shared without their explicit consent. NHS England is acting against the spirit of this principle by requiring people to opt out of it being shared, and also by not publicising the fact that they need to exercise this choice. This is yet another example of our highly bureaucratic NHS not being fully open with patients. As Independents on Lincolnshire County Council we intend, through its Health Scrutiny Committee, to encourage a culture of greater openness and accountability within the NHS in Lincolnshire.”
Councillor Phil Dilks, Leader of the Independent Group added: “This controversial idea was shelved in 2014 after a Government consultation led to outrage that patients’ GP record data would be collated centrally and then sold-on to third parties in the private sector. Now, as we’re all focused on pandemic recovery, Matt Hancock appears to be sneaking the same idea through with no official consultation and very little publicity. NHS patients across Lincolnshire should be made aware that if they don’t want this to happen to their personal GP records, they only have until June 23 to object.”
To opt out, find your NHS number and click here. https://www.nhs.uk/your-nhs-data-matters/manage-your-choice/
–ENDS–
Contacts
Independent group lead on Health: Richard Cleaver E: CllrR.Cleaver@lincolnshire.gov.uk T: 07860 175174
Group Leader: Phil Dilks E: CllrP.Dilks@lincolnshire.gov.uk T: 07368 256898
Leader of the Independent Network; www.independentnetwork.org.uk cllrm.overton@lincolnshire.gov.uk 07920 235 364
NOTES
Details of the issue can be foundhttps://www.ft.com/content/9fee812f-6975-49ce-915c-aeb25d3dd748?fbclid=IwAR3m0dHJWovnu5hLj6HrUu7yxoD7bVi6POMP_JRQRhXD6nNvKcjoBAHmj8A here:  https://digital.nhs.uk/…/general-practice-data-for… and here https://www.opendemocracy.net/…/matt-hancock-has…/
The Independent group includes Councillors Phil Dilks (Deepings East), Ashley Baxter (Deepings West & Rural), Marianne Overton MBE (Bassingham and Welbourn), and Richard Cleaver (Stamford West) www.independentnetwork.org.uk
marianne2021-06-01T09:59:43+00:00